The Future of My Career

Sorry I'm so flaky on posting. I doubt I have any "regular" readers, so I doubt anyone actually missed my entries, but I apologize nonetheless. I have made some career plans recently that may be taking me in a totally different direction than I thought I'd go for a LONG time.

First, a little background. If you know me in person or have followed me on social media or this blog for a long time you'll know that I'm currently serving as a linguist in the US Air Force (USAF). Technically the name for my job is "Airborne Cryptologic Language Analyst" but that's a mouthful. Linguist is simpler ... though technically incorrect as I'm not really a student of language as the term "linguist" means. Regardless, I digress. I've been an enlisted military linguist for going on eleven and a half years at the time of this writing. I've often joked that I would have signed a twenty-year contract when I first enlisted. At the time I was certain that I wanted to be a linguist and that I wanted to retire from the military. However, I've recently completely changed my mind. I've thought about this before. I've looked into various commissioned officer programs. I first tried to just get my bachelor's degree so I could apply for Officer Training School. When deploying to the Middle East derailed my educational goals, I sought for another option. I tried to get in an application for the Airman Education and Commissioning Program (AECP) (formerly called the "bootstrap" program). This route to commissioning, at first, wasn't available to me. I am a Korean linguist and as such the AECP wasn't open to me. Chinese was on the language degree lists when I first looked into the AECP, but it wasn't until I was nearing the age cutoff that Korean was added to the list. I never completed my application because the bureaucratic nonsense that is commissioning programs got in the way, and I passed the age waiver (sort of, I deployed and moved overseas, both of which interfered). About that time I gave up on my dreams of commissioning. Though I looked into other programs (the nursing program and chaplaincy program both came up), I didn't think I could make all the requirements for them.

However, three major things just recently changed my mind. First off, my position at my unit has steadily and inexorably gotten worse and worse. I feel like I have been passed over for multiple positions. I've sort of been shafted by being placed in (and somewhat in charge of) one of the toughest offices in the unit. These things and some others have really struck me hard because I'm a very hard worker. I think nothing of staying late, working weekends and holidays, and I intentionally shield my subordinates from the most trying parts of the job. I work in the scheduling office (over the last year) and as just an example, this past Christmas I worked my tail off. I went in on Christmas eve, Christmas day, the day after, and the day after that. We were supposed to get a four-day weekend (Monday and Tuesday were "down days," basically free leave days for holidays). So, on a four-day weekend for the holiday, I worked every day. Now, I didn't go in all day each day. I went in only a couple hours on Christmas eve, about five hours on Christmas day and only a couple hours the two following days. Regardless, I didn't get a holiday at all really. I had to go in and make multiple phone calls for schedule changes all weekend. I did this voluntarily because I didn't want my subordinates to lose their holiday. Basically, I'm saying I work my butt off, but it doesn't matter, I've been passed over for upgraded positions and marked down on my performance report. One quick addendum since I first wrote this piece. I have just recently been selected for an upgrade position. I start training this year in August. Though I've asked for this upgrade, I doubt very much that this change in position will effect my career plans in any way.

Secondly, my good friend recently punched his ticket and went for this. His daring willingness to serve God has inspired me. He got out, he had served as an enlisted member for about twelve years (I'll be at about fourteen when I reach the end of my enlistment), and he got out and is now attending Liberty University Seminary full-time. He plans on finishing his M.Div. degree and applying for chaplaincy in the USAF. I want to follow his footsteps (though I'm thinking of going to Denver Seminary).

Thirdly, and this one is the oddest one, I ran into a vociferous liberal chaplain. He spoke of being proud that he was the only (military) chaplain on Okinawa that would perform same-sex marriage ceremonies or counsel same-sex couples on marital issues. Two things in our conversation really spurred me on to this career change. One is that Bible-believing chaplains need to be strong in the military if only to respond to people like that liberal chaplain I met. Not unlike CS Lewis' comments about philosophy: "Good philosophy must exist, if for no other reason, because bad philosophy needs to be answered." I feel that one can substitute "chaplains" for "philosophy." Secondly, and this was huge(!), I found out that one can complete one's ministry experience preparation simultaneously with one's seminary attendance. One of the most important prerequisites for becoming a military chaplain is two years of practical ministry experience. When I first looked into military chaplaincy I considered the way closed to me because I didn't think I would be able to support my family while getting that experience. I was worried that if I tried to become a chaplain I'd have to find some way to support my family for about four years without a job (two in seminary and two getting ministry experience). Armed with this knowledge I now know I only have to do two years "unemployed" or "minimally employed" while getting the requisite credentials.

So, here's the plan ... I'm planning on finishing out my current enlistment (separation date: Aug 2020). Immediately upon separating I'm planning on enrolling in seminary (where is still up in the air). While in seminary I'm going to seek part-time ministry at a church. As soon as I finish my M.Div. degree and have the requisite two years of ministry experience I am planning on getting ordained (sponsored) and rejoin the USAF as a chaplain. From the time I rejoin, I will only have to serve about six years and I'll be eligible for retirement from the military, and I plan on doing so. After that, I'm not sure. Maybe working as a chaplain will fit me so well that I keep going until the military kicks me out for being too old ... I don't know. I've been told by several people that I'd make a good chaplain. And, based on some of the above description of what's going on with my current job, I'm immensely more excited about a career as a chaplain than I've been about being a linguist since when I was in language school.

Is this God's will for my life? Well, I'm not certain. I think so, and as I said I've been encouraged by multiple people that it is. However, my wife has proposed a kind of fleece (as the story of Gideon setting out the fleece to test God's will/message). Basically, it goes like this. IF at the end of this overseas assignment (March 2019) I get an assignment to the language institute in Monterey, CA (DLI), I'll take that as God's saying, "stay where you are." I've wanted to teach at DLI since I attended from 2006-2008. If God wants me to stay a linguist, He'll open up that path for me to continue in this job. If I get the assignment to teach at DLI, I'll, more than likely, stay as an enlisted military linguist until 2026 when I retire. Again, after that, I have no idea what I want to do. That's too far in the future to really make plans. Given all this I think "chaplain Sam" or "chaplain Ronicker" has a good ring to it, doesn't it? We'll see. 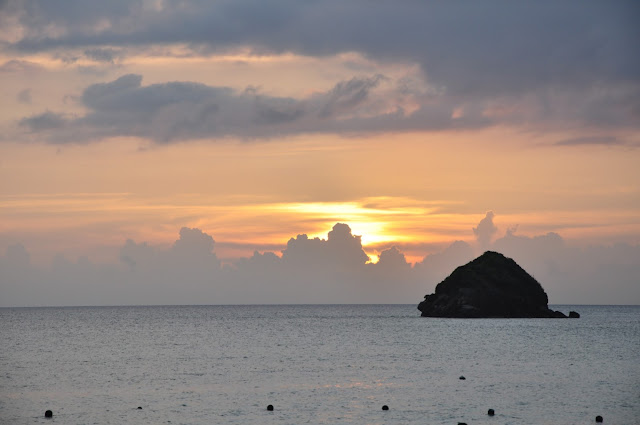 Posted by Samuel Ronicker at 6:01 PM