Discovering the Philosopher in You Part 1: Intro and Skepticism: What Do You Really Know?

I'm going to try something I've never done in this blog before.  That is, write a series of posts along the same vein.  This idea was sparked by a philosophy podcast from learnoutloud.com entitled "Discovering the Philosopher in You."  Well, the introductory podcast was very interesting, it's a series of lectures from a professor Colin McGinn about all the "big questions" in philosophy.  So, I've decided to write parallel blog entries for each of the lectures.  I downloaded the study guide as well, so I'm referencing that guide as well as the lectures. Without further ado, introduction and lecture one, Skepticism: What Do You Really Know?

By way of introduction I'll mention that these lectures and parallel blog entries are not in chronological order.  That's intentional, as Prof McGinn says, because all of the questions in philosophy are ancient questions that can't be answered.  It's not like we're coming up with new issues for philosophers to ponder over all the time.  Though I would say that doesn't mean that new problems don't come up every so often, but I'd say that these new issues are just new twists of old problems. Some of these questions include, what the ultimate nature of the world is, what the self is, whether we have free will, how our minds relate to our bodies, whether we can really know anything, where ethical truth comes from, what the meaning of life is, and whether or not there is a God.  These are some of the topics that I'll be covering over the next fourteen (or so) entries.

One thing of note in the lecture is how Prof McGinn describes Plato's famous cave parable.  The way it reads in the Republic is pessimistic.  It's like someone has chained the poor people in the cave and are manipulating their perceptions by walking behind them with stick-borne puppets making shadows on the cave walls.  The way Prof McGinn describes it is much more optimistic, that they aren't chained and that the people casting the shadows are just passersby.  I don't know the reason for his oversight, perhaps it's not oversight and that's the way it's described in other platonic writings.  I don't really know, but I thought that minute mistake, if it was one, was interesting.

The skeptical questions of what do I really know, leads down a long path ending with solipsism, and the other minds problem.  If you don't want to read those links, I'll summarize those ideas, solipsism is the idea that nothing else exists other than your own mental state.  There's also a temporal version of solipsism where we cannot know for certain that there was anything in the past or that there will be anything in the future.  All we can know for sure (sort of) is that we are knowing something right now.  The other minds problem is related to solipsism though more specific.  It's the idea that one cannot know that anyone else's mind exists.  We see others' bodies and actions and assume that they are analogous to our own minds but we can't know for sure that they're not just cleverly devised automatons or robots.  The problems that the skeptics, like Descarte raise, are many and there aren't complete answers to all of their questions, and on the surface it may seem like madness that can neither be proven nor disproven.  Prof McGinn talks about an interesting problem that skepticism can bring with its questioning all knowledge.  I'll try to summarize his points.

Suppose you had $10,000 in the bank, then when you check your balance, you suddenly find, without reason or expenditure that you actually only have $.10.  How would that make you feel?  Consider knowledge in the same manner.  We think we know so much, we think we have an intellectual bank account with 10,000 pieces of knowledge and with just a few jabs from skeptics we find that we actually only know 1 thing.  As Descarte argued "I think therefore I am."  Doubting is thinking, which is an action that only something that exists can do, therefore I exist.  But, with solipsism and the skeptical issues that's all we can know for sure.  Prof McGinn seems to say that these skeptical issues are detrimental to a one's intellectual wellbeing.

My personal views on this problem are a bit contradictory.  I love to play around with skepticism, but it's just childish play to me.  Are you reading my blog?  How do you know you're reading my blog?  How do you know you're not dreaming?  (Maybe because in a dream the writing would be better, haha!?)  The Matrix brings a scifi twist to skepticism.  How do you know that you're not plugged into some supercomputer that's feeding you all you think you're sensing?  Can you trust your senses?  Are you sure you're seeing red as I'm seeing red, or are you just calling purple red because that's what you've always been told?  These are fun but silly to me.  On the deeper issue of skepticism intellectually bankrupting people, I don't really see how it changes things or people for that matter.  I mean think about it, what if right now, the only thing that you actually know and can know, is your current thoughts?  So what?  Are you going to behave differently?  I presume not.  Therefore, if not knowing anything that you thought you knew doesn't actually change your life why worry about it?  I certainly don't and I hope you don't either. 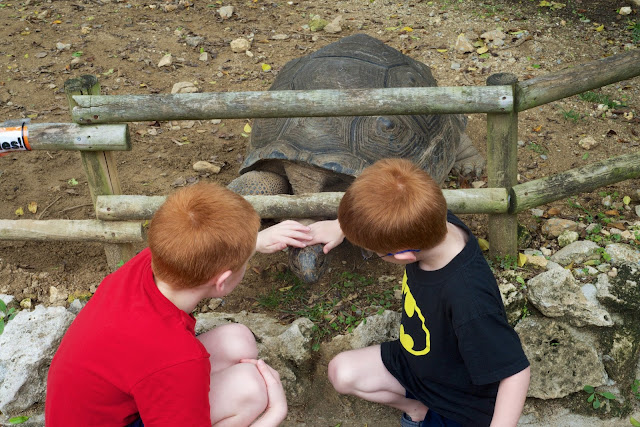 Posted by Samuel Ronicker at 8:58 PM