Discovering the Philosopher in You Part 3: Truth: What Is the Nature of Truth?

As I move through this lecture series by Prof Colin McGinn on discovering the philosopher in each of us and dealing with the big questions in philosophy, I'm liking this prof more and more.  As far as philosophers are concerned, he seems quite down-to-earth.

Today's topic has to do with truth and the analysis of truth.  In the last lecture, we used the word truth several times and now we're dealing with analyzing truth itself.  According to these lectures, there are three common theories behind truth, the coherence theory, the pragmatic theory, and the correspondence theory.  One thing I have noticed though is how Prof McGinn seems to make powerful claims when most other philosophy teachings I've heard don't make simple straightforward claims like Prof McGinn.  Claims like, how there are these three theories but how the correspondence theory is the correct one and that the others are just quaint ideas that we discuss almost out of hand just to be kind to the ideas because they're wrong and there's no two ways about it.  I find this approach to philosophy surprising and slightly refreshing.  Anyways, on to the different theories.

Coherence theory: leaves out the world in so many, potentially dangerous ways.  Basically it says that something is true if it is coherent within a set of beliefs or belief system.  If a fact is consistent with your other beliefs or a web of belief systems, then it is true.  A slightly more basic way to put this is, if something is consistent with a large group of people's belief then it is true, like if enough people believe something is true, then it is.  Of course this goes against one of the things Prof McGinn has said a number of times, that one cannot force oneself to believe something that isn't true.  Of course technically, in this concept of truth, it's completely relative to the person/people involved.  This concept has no grounding in reality, which I'm sure is why it's considered a poor theory of truth.

The pragmatic theory: this (kind of) leaves out the world as well.  The basic idea is that whatever is good for one is true.  Like if I jump off this tall building it will be bad for me, and therefore it's true.  While this at least relates truth to reality there's an important distinction to be made.  The example in the lecture is of living under a despotic tyrannic government.  In a place like that it would be good for one's health to believe the propaganda that the government is good and wonderful.  If you truly believe otherwise, the secret police would be knocking on your door.  But that doesn't change the truth of the evil tyranny you're living in.  (Not that all tyrannies are evil.)

Last but not least, the correspondence theory: this is the most simple, straightforward of all these theories of truth.  It's simple, the truth is what actually is.  The statement that snow is white, is true, not because it is coherent with what I believe about snow, or the fact that believing snow is white is good for me in some way, but because snow actually is in fact, white.  The truth of the matter has nothing to do with one's beliefs or wants.  It is subjective, that is, outside one's wants or ideas.  Well, this concept brings up the topic of tolerance to which the professor gives a very good response: "Tolerance is not a matter of allowing that everyone believes the truth, no matter how much they disagree; it is having the policy of not persecuting people for their beliefs even when they are egregiously false."  Stating that truth is subjective is not intolerant, it's a fact.  It's not putting people who believe otherwise down, it's simply stating a truth about how facts correspond to reality.  There's no such thing as something being "true to me, but not true to you."  That's not how this works, it's either true or not, those types of statements are faith statements value statements relating to one's beliefs, not to truth or falsehood.

One last thing to say on this topic, there are different types of truth.  This discussion has been about factual truth.  I'm sure that later discussions/lectures will deal with value statements and moral truth.  That will come later I'm sure, so stay tuned! 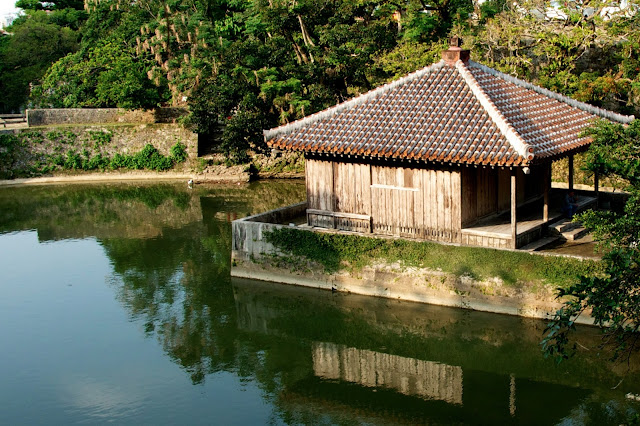 Posted by Samuel Ronicker at 10:07 PM