The Philosophy of Thomas Aquinas: Part 1: Aquinas’s Importance and a Short Biography

Before I start to tackle summarizing this first lecture on Thomas Aquinas' philosophy I'd like to introduce the professor that's giving these lectures. Peter Kreeft is a professor of philosophy at Boston College, and he has written over fifty books.  He's a passionate fan of Aquinas' work and makes no apology for his passion.  It makes sense because, and I agree with this sentiment, one learns the most about someone or something from someone who passionately agrees with that subject.  The teacher that disagrees with what he or she is teaching will never give the topic a fair shake.

Introduction: Why is Thomas important?  Well, the answer is fairly easy, almost every philosopher agrees that in the almost two thousand years that passed between Aristotle and Descartes, he was the most influential philosopher.  The fact that Thomas was a Catholic theologian does nothing to lessen his impact as an influential philosopher.  Also, his philosophy and teachings don't just appeal to Catholics, I'm a protestant (an aint-a-baptist, but that's another story) and I'm a big fan of Thomas for his theology and his philosophy.  This course will be seeking to deal with his works from a philosophical perspective.

Prof Kreeft lists eight things that make Thomas a great philosopher.  First and most importantly is his inclusiveness.  I love this particular concept as I try to use the same methods in developing my own philosophy. Unfortunately in modern philosophy there are so many dividing lines: rationalist/empiricist, idealist/realist, ideologically Right/Left, but for Thomas everything was middle ground.  I (more or less) agree, there are so many things where it's best to take a stance somewhere in the middle.  Obviously, there is still right and wrong, and I believe that one needs to seek truth and stick with it.

Second and related to the first is Thomas' ability to show how faith and reason, religion and philosophy are all perfectly compatible, in fact they are mutually beneficial.  He's a master synthesizer of views philosophical and religious.  He draws from virtually every philosopher and the many different views of those philosophers and combined them together before the modern age came and divided the different philosophical pursuits again.  Prof Kreeft also admires Thomas' ability to write both profoundly and clearly, though I don't have any personal knowledge of that idea.  I will probably pick up and read some of Thomas' works as a result of listening to these lectures.

Thirdly, is Thomas' longevity in his philosophical works.  Not only was he able to combine all those that came before him, but he set up philosophical ideas that are still applicable and moldable today.  It's a living philosophy that is able to include "new" ideas and keep changing and yet stay the same.  Fourth, is his patients and ability to slowly process things and then give the best most practical answer without oversimplification or over-complication.  The fifth is related, in that he had so many practical answers and a strong grasp on common sense.  I love Thomas' cure for depression "three things: a hot bath, a large glass of wine, and a good night’s sleep." (Quote from the modern scholar lecture notes.)  That seems so practical to me, and for all his aloofness Thomas seems very down to earth at the same time.

I also like this quote from the lecture notes, "[T]here are only three meanings to the term “good,” only three kinds of things that are really good, and thus worthy of our desire and attention: the moral good, the useful good, and the delightful good. So if it doesn’t make you a more virtuous person and if it isn’t a practical necessity that you really can't do without, and if it doesn’t give you pleasure, fagettaboutit!"

Next (sixth) is his simple, clear arguments.  He speaks quite a bit in syllogisms, the most basic form of logic.  Seventh, is the profound topics Thomas deals with, now to be fair philosophers often think about profound topics and Thomas is no exception.  Topics that are prevalent throughout his works: "God, man, life, death, soul, body, mind, will, passions, good, evil, virtue, vice, truth, beauty, time, eternity, being itself."  Amazing to think he was able to take such deep concepts and put them into simple syllogisms.

I'm not going to include all the biographical information Prof Kreeft talks about but if you're interested, read the Stanford Encyclopedia of Philosophy entry on Thomas, Prof Kreeft's book Summa of the Summa, and/or G.K. Chesterton's St. Thomas Aquinas: 'The Dumb Ox'. 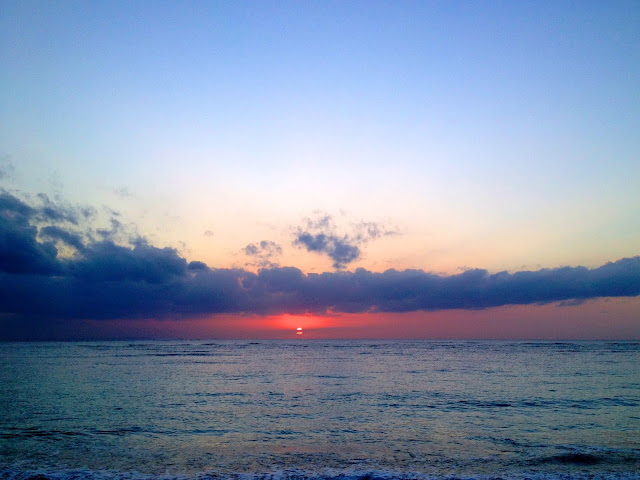 Posted by Samuel Ronicker at 8:06 PM