If you missed part one of this discussion you can read it here.  Also, as I mentioned in that entry there are two sections of Dr. Lennox's lecture here and here.  I highly recommend you listen to his words as he is much more eloquent that I can convey here.

Part one started from the position of fear, but this part is about how even science requires faith.  He gives several quotes about how scientists all have to have faith that there is something out there in the universe to be understood.  Atheists all have faith in the rational intelligibility of the universe, and that human powers of reason have a certain power of validity.  What reliability do our cognitive faculties have if we're nothing more than a collection of accidents?  If our thoughts are just the movements of atoms in our brains then why should we trust them at all?  C.S. Lewis uses this type of argument as well.  If there's nothing more than materialism then we have no reason to believe what we believe.

Here's a powerful quote from the lecture:  "If Dawkins is right, that we are a product of mindless unguided natural processes, the he has given us strong reasons to doubt the reliability of human cognitive faculties and therefore inevitably to doubt the validity of any belief that they produce, including Dawkins' own science and his atheism."  Why do the New Atheists seem to claim that it's more rational to believe that a random series of mutations and natural selection led to our faculties of reason and the ability to discern truth, and on the other hand claim that it's irrational to believe that those abilities were endowed by a creator?

Dr. Lennox says that his reason for rejecting this idea of materialism of Dawkins, Hitchens and others when it comes to science, is that it destroys science not just belief in God.  Of course their goal is to destroy faith in God and so by definition they destroy peoples' belief in God but they also take down science.  Apparently that is a price they are willing to pay for their beliefs.

The heart of the issue according to Dawkins in his book The God Delusion, is in the assumption that introducing God would mean an end of all science.  His logic behind this idea is quite convoluted and (as Dr. Lennox argues) wrong.  According to Dawkins, God cannot be an explanation for the universe because God is by definition more complex and therefore less probable than the thing being explained.  Secondly he adds the idea that God was always there and you might as well say that life was always there and DNA was always there and leave God out of it.  To sum it up, it's two arguments, the explanation for something cannot be more complex than that which is being explained, and the schoolboy argument; who created God?

In answer to the first portion of the argument Dr. Lennox talked about the idea of one finding a book called The God Delusion and then looking for an explanation for the book's existence.  It's a fairly complicated book, over 400 pages, and one finds that it's written by a man named Richard Dawkins and a human mind is by far more complex than any book.  So, by Dawkins' own rules, this idea would bring an end to all science.  This is true of a great many things, often the explanation for a thing is much more complicated than the thing it explains.  He uses a similar example with two scratches on the wall of a cave in China.  The scientist that finds them says, look, I've found human intelligence.  To which Dawkins must respond, using this logic, that to postulate human intelligence would mean an end to all science even though it's clearly the Chinese symbol for man (⼈).  The rational scientist understands that this is the start of all science, one makes these types of observations, postulates part of the answer, then seeks out the rest of the answers.  Obviously, the real answer is that explanations aren't always more simple than the things being explained.

The second part of the argument (who created God?) is refuted, simply in definition of God.  God is the uncreated, creator.  Therefore, the question, "who created God?" is futile.  If the book had been The Created God Delusion no one would care, because most everyone agrees that man-made gods are delusions.  The uncreated God is a totally different idea. That's the whole point of John 1, "In the beginning was the Word" and "all things came into being through Him."  Any other type of god is a delusion.  The universe is not primary, it is derivative God is NOT derivative He is primary.  If the question, "who created God?" is a legitimate question, then how about, you believe the universe created you, then who created the universe?"

Another powerful argument from design...  If you're walking on the beach and see the first couple letters of your name written in the sand, you assume that some intelligence wrote those letters there.  Then later you're analyzing the human genome and you see the ATCG sequence of genes, over three billion of them in exactly the right order for it to work and you ask what the origin of that complex code is, and the answer, from an atheist point of view must be, chance and necessity.  Why, in the instance of seeing part of one's name written in the sand one postulates an intelligence, but when seeing the unique encoded design behind all life as we know it, does one postulate chance and necessity?

One thing that's come to my mind since I read Gödel, Escher, Bach: An Eternal Golden Braid by Douglas Hofstadter, it seems to be that the Gödel Incompleteness Theorem would add to the teleological arguments that Dr. Lennox and others have made.  In my simple, basic understanding of the theorem that mainly applies to the philosophy of mathematics, is that no system, if it's sufficiently complex to make a statement, can be complete.  Take Euclid's theorem that there are an infinite number of prime numbers there is no way to sufficiently list all prime numbers, that's part of what infinite means.  There's no way to count to infinity, so even though there are a couple of proofs for an infinite number of primes nothing in mathematics can explain all possible combinations of numbers.  Here's where the idea of God makes sense.  Take the set of the whole universe, we cannot get outside this logical set, but as Gödel implies, there must be something outside that set.  In Hofstadter's book he uses his characters in the book reading a book about a book about a book in which they're having adventures.  In the course of the story within the story within the story (you get the point even if I didn't match up the number of stories!) the characters pop out of each story till the (almost) get to the top level.  Well, God is outside all levels, and the sets all stop with Him.  The uncreated, creator that makes all logic make logical sense. 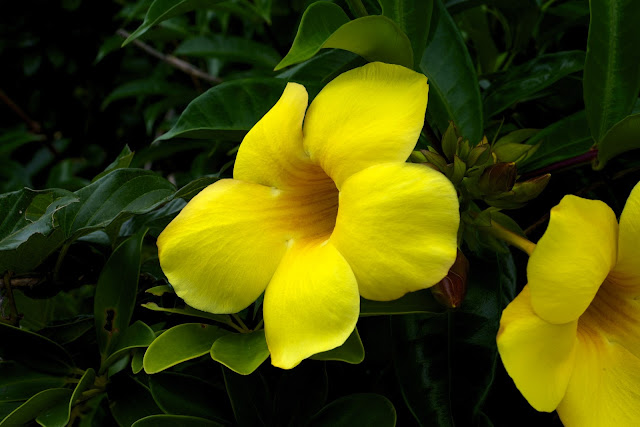 Posted by Samuel Ronicker at 10:36 PM