Discovering the Philosopher in You: Part 13: God: Can the Existence of God Be Proven?

Continuing the series second-to-last (sort of) for this interesting lecture series on the big questions of philosophy, can the existence of God be proven?  The reason I say sort of second to last, is I plan on writing at least one extra entry rebutting this lecture and possibly one to sum up the whole series.

One interesting note before I get into Prof McGinn's attempt at dismantling three arguments for the existence of god, I've been using the study guide to facilitate writing these essays and the "recommended reading" for this lecture is Charles Darwin’s The Origin of Species.  That kind of gives away what his conclusions will be right off the bat.  In this lecture Prof McGinn attempts to disprove the existence of god by arguing against three traditional arguments for god, the "argument from design," the cosmological argument, and the ontological argument.  Each one he takes in turn and goes through the basics of each one then pokes holes through their weaknesses.

The argument from design.  The argument is pretty obvious, the earth and all life as we know it, has the features of design.  And if one were walking through the desert and found a watch, one would certainly assume there was a watchmaker somewhere that made this thing.  It would be foolish to assume that somehow the swirling atoms and molecules accidentally fell together in the intricate design of a watch.  The supposed weakness in this argument is the idea that natural selection can result in what appears to be design and that evolution has been proven and is a verifiable truth and that no one except devout creationists don't believe in evolution.

The second argument is often called the cosmological argument or first cause argument.  Aquinas was a prominent proponent of this type of argument.  Basically it goes like this, everything in the universe has a cause and its cause has a cause.  In order to avoid an infinite regress there must be a "first cause," or as Aquinas said, an "unmoved Mover."  Prof McGinn's response to this argument is the classic, "who made god?" argument.  He also points out that saying there's a first cause doesn't mean that it has to be god, it could very well be the Big Bang that is the first cause.  There's no need to postulate god as the first cause.

The third argument is new to me, it's called the ontological argument.  This is the most difficult one of all to spell out, and apparently the most difficult to refute.  Basically it goes something like this, the existence of god is proven in the very definition of god.  That is, god is the most perfect conceivable being, and a being that exists must be more perfect than one that doesn't exist.  McGinn claims that this is a beautifully deep and complex philosophical argument and he doesn't have too much to refute it.  Though he does talk about a way to refute this claim is to say, what makes existence "more perfect" than nonexistence?  Take a devil (interesting that he chooses something I'm sure he doesn't believe exists), is the existence of a devil better than the nonexistence of a devil?  Presumably not.  Also, he points out the difficulty of the term "perfect conceivable being."  Just what is the most perfect conceivable being?  We can't even use that terminology dealing with everyday things like mustaches (I beg to differ).

After poking holes in these three arguments Prof McGinn brings up his most powerful argument against the existence of god, the problem of evil.  The basic idea is this, if god exists, then why is there great suffering, death, and disasters in the world?  One of the arguments sometimes used against the problem of evil is the idea of free will like what was discussed in lecture eight.  This doesn't work in this argument because there are so many times when the suffering and death of innocent people has happened because of natural disasters.  If god is good, as the typical religious views claim, then why doesn't he step in and intervene.  We would never call a person good if they could easily intervene to save the life of an innocent child but by inaction let that child be killed.

Another point that Prof McGinn brings up is blind faith.  He claims that many who believe in god will answer contravening evidence by claiming faith.  That it doesn't matter what evidence there is, either for or against the existence of god, they just believe anyways.

The final point of the lecture goes into what is commonly referred to as "Pascal's Wager."  It's the idea that if believing in god won't hurt you, and you stand to gain eternal bliss then what's the harm?  There are two options here and the option of belief works out either way, either god exists or he doesn't exist, if he does then believing gains you eternal bliss if he doesn't you're not at any great loss.  So hedge your bets and believe so that it's a win-win situation.  One of Prof McGinn's answers comes from something he has said many times throughout these lectures, that one cannot force oneself to believe something that they know not to be true. I don't disagree with that particular statement and I said in a recent assignment for my apologetics class and I truly believe that "Pascal’s Wager is an intellectually void and relationally bankrupt reason for belief."

More on that in my next entry wherein I will rebut each of Prof McGinn's strawman and red herring arguments.  I have so much more to say in response to all these things but I'll save my responses for next time.

Posted by Samuel Ronicker at 8:28 PM

Email ThisBlogThis!Share to TwitterShare to FacebookShare to Pinterest
Labels: argument from design, cosmological, disagree, discovering the philosopher in you, God, ontological, Pascal's Wager, Professor McGinn, the problem of evil

I'm usually not a big fan of mainstream speakers/teachers/pastors etc., but I do have two favorites, Alistair Begg of Truth for Life and Ravi Zacharias.  I recently listened to a podcast from Pastor Begg and the first thing that hit me was how nice it was to be taught something or in other words I focussed on learning something not analyzing some philosophical treatise by someone that I don't agree with (on metaphysical issues) taught by someone that I totally disagree with on metaphysical issues.  It was nice to be able to just relax and learn from this eloquent man of God that I respect.

I don't really remember (now, it's been a few weeks and I haven't listened to him at all since) what the message was about, but it brought to mind how much I've been listening to stuff that I pretty much completely disagree with.  I like thinking about the deep subjects brought up by the various philosophy podcasts to which I regularly listen, but it's sometimes difficult to find the gems of truth that are sometimes buried in their texts.  I'm not so stubborn and close-minded to think that the Bible is the only source of knowledge and truth.  But sometimes it's nice return to the well of truth especially when it's expounded upon by such an orator as Pastor Begg.

Do you have a favorite teacher/speaker/pastor? 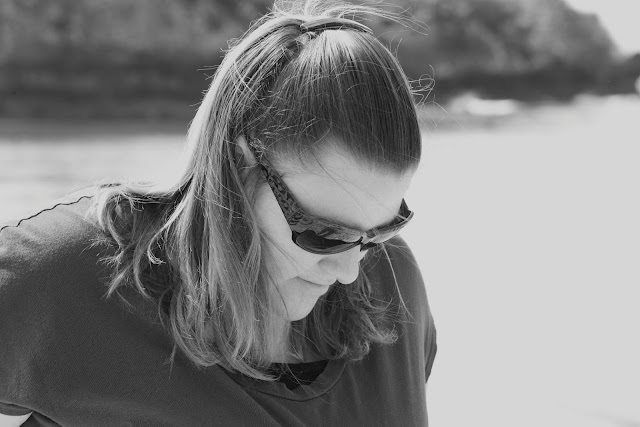 Posted by Samuel Ronicker at 5:16 PM