The Philosophy of Thomas Aquinas: Part 2: Philosophy and Theology, Reason and Faith

This lecture greatly appealed to me personally because I feel that this is one of the biggest challenges to faith today, that is the rational relevance and integration of faith in a rational person.  I've written about these topics here and part 2, as well as this entry about the Higgs Boson and this one about Gen 1.  Those are just some samples of how this topic has come up as discussion points, but if you're a regular reader you know that I discuss terms of faith in relation to rational thought all the time.  So, this lecture is all about Thomas' approach to how rational thought works with faith and not against it.

Thomas, as a theologian first, made his life's most important work the Summa Theologiae.  This lecture series is going to, more or less, follow that work's pattern and flow.  To Thomas, there were only three things that were important philosophy, theology, and the scriptures.  His primary goal in writing the Summa is theological education without a loss of logical integrity.  As such Thomas starts off the Summa focusing on God as the origin of everything, then moves on to the creation, mankind.  He focuses on mankind's uniqueness in free will and reason, and mankind's ultimate goal to be reunited (to use Bonhoeffer's terminology) in God's goodness.  I like Prof Kreeft's analogy (I'm not sure if he takes it from the Summa or if it's his own envisioning of the text) of the whole of creation being like a circulatory system with God at the heart and His love as the blood that God pushes out through the body, but then it returns from mankind loving God back.

So, the first question to deal with is the relationship between faith, the source for theology and reason, the source for philosophy.  Thomas sees it as a marriage, a combination of two great sources of knowledge.  Philosophy is based on human reason alone, though there is a branch of theology that relies on human reason, it's called philosophical theology, or natural theology.  Thomas' five ways to prove God's existence fall into this category, it seems to me that apologetics fits this description as well.  There are still parts of theology that are founded on faith, though that's not to say they're irrational beliefs, rather that the point of theology in general is the understanding of God's Word and the Church's interpretation of it throughout history.  Thomas uses both types of theology in his masterwork but there's a distinction between them.

The structure of his work is five parts:
First a question with only two possible answers
Then the opposition's answer summarized fairly, strongly, clearly, and succinctly

His first question: Whether, besides philosophy, any further teaching is required?  It may be surprising to know that he answers "yes."  Here's part of a quote about why Thomas says yes, "For man is directed to God as to an end that surpasses the grasp of his reason. But the end must first be known by men who are to direct their thoughts and actions to the end. Hence it was necessary for the salvation of man that certain truths which exceed human reason should be made known to him by divine revelation."  It's awesome to see when great thinkers agree.  Here's a quote from Ravi Zacharias in The End of Reason, "The worldview of the Christian faith is simple enough.  God has put enough into this world to make faith in him a most reasonable thing.  But he has left enough out to make it impossible to live by sheer reason alone."  You can't just use reason, and you can't just rely on faith.

Some might object that this isn't philosophy at all, but that's not how Thomas sees it.  Philosophy is the tool of theology.  And of course that's the intent, this is after all the Summa Theologiae not the Summa Philosophiea.  There are two sets of propositions being dealt with here, truth as perceived by human reason alone and truth received through divine revelation alone.  Both sets are truth and therefore cannot be contradictory.  If there's a contradiction it's not in the sets of truths, rather there is a misunderstanding at some level.  Two sets 'A' and 'B' can be related in five different manners: Some of A is B, Some of B is A, Some of A is B and some B is A, ALL A are B and vice versa, and B is contained within A.  Which is the case with reason and faith. 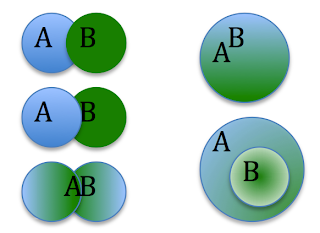 Some truths are known by faith, the Trinity, while some by reason alone, natural science, and some by both, the existence of God, freedom of the will, and immortality of the soul.  Kant referred to these as the "three fundamental postulates of morality."  Both are truth and truth cannot contradict truth.  Here's a quote from Prof Kreeft about this: "[Thomas held that] religion is not just a set of moral commands or ideals or psychologically helpful and hopeful hints, but a set of propositions that are just as objective as those of science and common sense, though they're known not by the scientific method or by sense observation but by faith."  The second half of the argument is from a Christian perspective that God is the teacher of both reason and faith and God doesn't lie therefore both are true. Therefore, we conclude: "whatever arguments are brought forth against the doctrines of the faith are conclusions that are incorrectly derived from the first and self-evident principles. . . . Such conclusions do not have the force of demonstration; they are arguments that are either only probable or fallacious. And so there exists the possibility to answer them."

Christians can feel comfortable in their intellectual and rational integrity faith and rationality are not mutually exclusive as modern atheist philosophers like to claim (Sam Harris in The End of Faith, and Richard Dawkins in The God Delusion among others).

One final note. St. Bonaventura, one of Thomas' contemporaries, criticised Thomas' use of Aristotle saying that he was diluting "the wine of the Gospel by the water of pagan philosophy."  To which Thomas replied, “No, I am transforming water into wine.”  All reason is the ally of faith because all truth is God’s truth (list of verses about truth here).

Posted by Samuel Ronicker at 9:14 PM 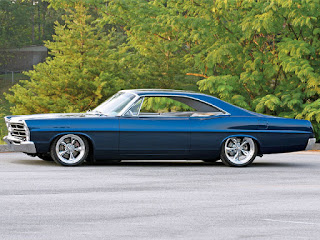