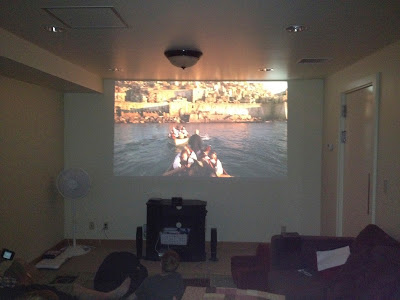 I have officially blogged two days in a row!

You want to know what's on my mind today?  Well, if you're reading this I assume you care...  I HATE copyright law.  No offense if any of you work in that field I'm sure you can look yourself in the mirror every night after putting in a hard day's work squelching creative thought.  I'm exaggerating of course, but seriously.  The reason I've been thinking about this all day is an article we read (in Korean cir 2010) about the Korean version of ASCAP (American Society of Composers, Authors and Publishers) suing Starbucks for not paying royalties.  The defense (according to the article) was that they had a contract with the American copyright company which is where the music came from so there shouldn't be any issue.  Well, apparently the court ruled in favor of the copyright company.

Then after reading the article I looked into some other examples in the US.  Apparently I was previously mistaken.  I thought that as long as you didn't have a certain number of people attend you could charge admission without having to pay royalties.  According to some of the web forums I've researched basically boil down to: if you buy a movie or song for private home use, you cannot show, watch or listen to that entertainment with anyone but your own family.  Which is disconcerting because we just bought an awesome home projector/home entertainment system and we were hoping to host many a fun movie night in our home.
Posted by Samuel Ronicker at 6:00 PM