So, I've decided to try to state my plan for the next blog each time so that I have a plan for future blog topics.  I've switched podcasts to the podcast from Apologetics.com (which isn't the usual podcast format that I like; each episode is over an hour long and they're recordings from an apologetics radio talk show).  But the next topic for blogging will be doubt versus overconfidence/close-mindedness.  On to today's topic sophists and the (possible) birth of relativism.

First a bit of history...  The sophists, from the same Greek root for sophisticated, in general originally had a meaning akin to "wise man."  Though, as other ancient Greek writers reference these sophists the meaning changes to something like today's vernacular would say: "know-it-all."  There isn't really much directly written about these people but suffice it to say they were lecture-teachers-for-hire.  They travelled around Greece hiring themselves out to teach people how to win arguments.  They were so skilled at argumentation that they prided themselves on being able to take either side of an argument and make it the stronger (basically they could convince an eskimo to buy snow).  They were skilled unscrupulous orators that sold their skill to anyone that could pay.  Interestingly enough Socrates was sometimes lumped in with the sophists though he didn't take payment for his teachings, and in some texts is shown seriously disagreeing with other sophists.


All of that history and yet (to me) the worst thing that comes out of sophists' teachings is relativism.  According to the Stanford Encyclopedia of Philosophy relativism is really only attributed to one sophist, Protagoras.  However, the influences of moral relativism have been huge.  This was (apparently) the main disagreement between sophists and Plato/Socrates, the idea that there is no true morality.  The moral relativist says "what's true for you may not be true for me," which can be played out in the social moral relativist argument, that society makes right and as society changes so does what's right and wrong.  There seems to be some distinction between moral relativism and moral skepticism (the idea that we cannot know what's moral), but honestly, the results are more or less the same.  As long as you can convince enough people that what you're doing is not wrong then you're in the right, morally speaking.

On the other side there are many problems with divine morality; I understand that.  However, does there have to be a resolution to all the issues in divine morality?  One of the main issues that comes from Plato's Euthyphro (about divine morality) is: Is something good because God commands it, or is something good commanded by God because it is good?  Ironically, it's kind of like the chicken or egg first question.  To me, the whole concept is a non-issue, because God is the source of all things, what we conceive as bad is all just a part of a grand scheme that God set in motion but He allows to run its course, and of course we can't see anything but what is right now and a fuzzy view of the past.  One of the best descriptions of the concept of God's omniscience and concept of time: All of time and the universe is like a section of the sidewalk, and we are like ants on the sidewalk (though we can only go one direction).  God is like a person looking down on the sidewalk; He sees the cracks at both ends, i.e. the beginning and the end of what we conceive as time, and he sees all directions that we (as the ants) can go.

While the analogy may not seem to apply think about it in terms of, because God knows all the routes to the end He knows which is the best route because he can see all the obstacles and can change them to be easier or harder to suit His plan.  So, the right way to live is BOTH what He says to do, and just the right thing to do, we don't need to make a distinction.  It is interesting to note that C.S. Lewis uses universal morality as an apologetic argument for God.  So, just the idea that there is a right/wrong, begs the question that there must be someone that determines which is which.  How arrogant is man to stand up and say that he is the end all be all, that he decides what is right/wrong and has all the answers to life and the universe. 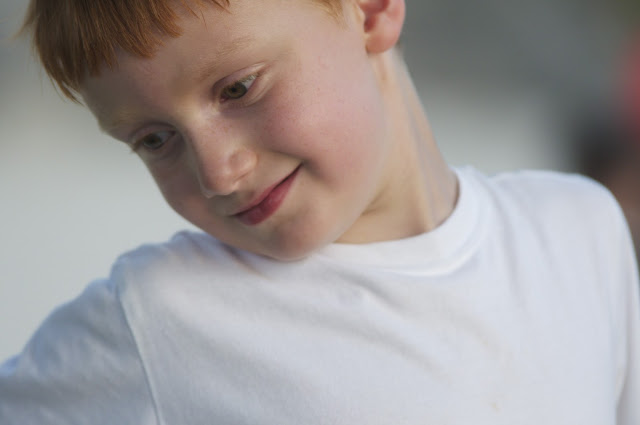 Posted by Samuel Ronicker at 9:45 AM