My Lifestyle is Not a Choice: Fighting for Survival in a Godless Society
« Previous / Next »
By stevenspecht / February 4, 2013 / Daily Diatribes, Satire, Social Commentary / 2 Comments

I and those like me are under a constant pressure to conform to a society that has lost its way. My lifestyle is called “a choice,” and because of that “choice,” I am often disenfranchised. I am tired of being a second class citizen in the so-called “land of the free.”

Of course I’m talking about having a beard.

When I walk down the sidewalk, people move to the other side of the street. Mothers hold their children close as I pass. Police stare me down and stop me to ask me where I’m going and where I’ve been. Evidently I “fit a profile.” When I try to order soup, the waitress glares at me and asks, “are you sure it’s a good idea for one of you people to eat the clam chowder?” I am more than my beard and I deserve more than soda through a straw and pretzels without condiments.

The worst part of it all isn’t the open hatred from those who don’t understand our way of life. It is the demeaning stereotypes applied to us by those who mean well. When I go to a job fair, I’m given information on construction and plumbing jobs, but no one ever assumes that I just might be an accountant or a neurosurgeon. I am sick and tired of being approached on the street and asked if I am a Navy SEAL or an unemployed hipster living with my parents.

I feel so alone.

We should have known that the moment the secular progressives began taking God out of our classrooms that beards would be soon to follow. There was a time when our nation was guided by a higher power that commanded his followers to not trim their beards like the heathens. God is out of our classrooms and our beards have been shorn. The next thing to go is our guns.

We were the men of Gods and Generals, but we have become divided and relegated to the sideshow of reality TV. The persecution is endless, but just as Jesus of Nazareth had his beard pulled and torn out by his tormentors, we must turn our cheeks—turning our cheeks while not hiding from the shame and the spitting.
We can and must fight for our freedom.

All is not lost—not yet. Join me my bearded brothers. I am bearded, hear me roar, with whiskers too large to ignore!

It is time to demand our rights! To take back our country! To take back our freedom! Join me on our day of triumph on the steps of the Lincoln Memorial on February 29th. Join me as we rally around the famous beard of our 16th president. Bring your crossfit workouts, your drum circles, your harleys, and your bongs. The day is ours if we seize it.

NOT from the blog, but a prime example of a Steven Specht beard: 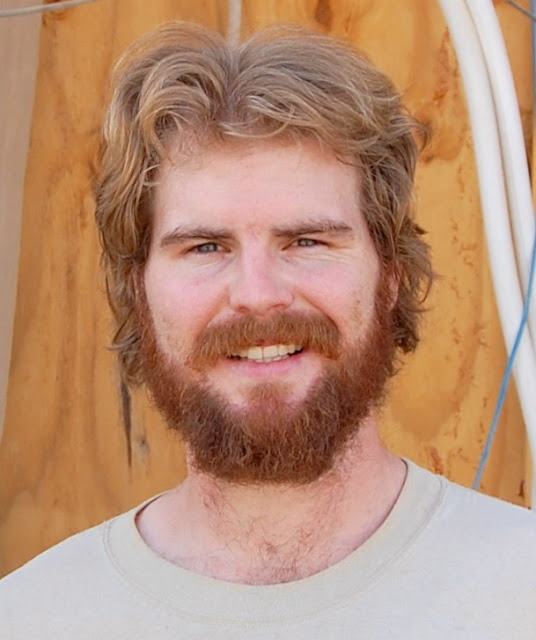 Posted by Samuel Ronicker at 2:04 PM