Discovering the Philosopher in You: Part 10: Consciousness: Can the Mystery Be Solved?

To be perfectly honest, this is really more like a continuation of the last lecture on the mind-body relationship, and it seems like this is Prof McGinn's favorite topic.

The next part of consciousness is its intentionality, that is the object of a sense or consciousness.  Even sense experiences are based on intentionality, I'm sensing with my eyes/sight the table that's across the room from me.  I'm sensing with my ears/hearing the airconditioner fan blowing.  Consciousness has to be about something.  One cannot sense nothing, that's not consciousness.  Even in the self-consciousness, it's a reflection on 'I.'  There's no way to think about nothing.  Even if one is thinking about nothingness, that's still thinking about something.

Consciousness is special to the human experience in that it's the only thing that we know completely without any doubt.  As we talked about in skepticism in lecture one, even though we cannot be absolutely sure of the existence of anyone or anything.  We can be certain of our own thoughts and therefore our own consciousness is the only thing that is fully transparent to each person.  So, next time your male significant other answers the question, "What are you thinking about?" with, "Nothing." or "I don't know."  You can know he's lying.  We as conscious beings are always in the know about our own consciousness.  (To be fair, one could answer, "I don't remember." because even though we always know our own consciousness we don't always remember everything we ever think about.)

Prof McGinn's "answer" here is that it's a deep mystery.  First, we need to understand what he means by this...  It's not some spiritual answer.  Not some ethereal non-existent soul or spiritual answer, it's simply beyond human means of understanding.  Like the theory of relativity to a dog.  Even many people can't claim that they fully understand it, think about what that would be like to a dog, that's what it's like for humans to try to understand the consciousness.  Incidentally, he thinks this type of explanation might also fit well with free will and determinism.

My answer to this type of claim is that it seems like a copout like I mentioned before about zen being able to cheat the laws of non-contradiction.  It seems like rather than addressing these mysteries with faith in the non-material, he just says that we cannot know these things.  Now, at least he leaves it open to the possibility that we may someday evolve to knowing/solving these riddles, but that we don't know what that evolution could entail or what kind of change it will require.  It's so far beyond us that it might take as many years of evolution in the future that we've had already.  Obviously I don't disagree that it's a mystery, but my response to the mystery is to believe that there must be something more to existence. The dualism idea does fill the consciousness gap albeit mysteriously.

I just restarted college courses, I'm taking two classes, Education 200 and Apologetics 104.  It looks to be a fairly easy semester.  The reason I bring this up is I'm thinking of featuring my essays that I write for class on my blog.  Since I'm taking the classes I won't have as much time to write so that'll give me stuff to write about that'll be useful for my classes and something interesting that I can share with you.  Obviously I'll only post stuff that'll make sense to you or give you some context from which I'm writing. 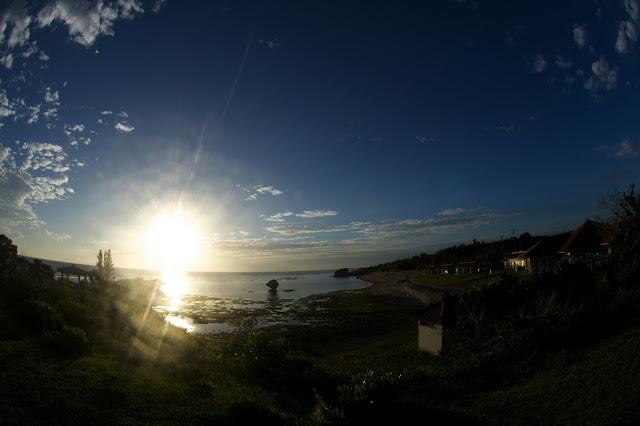 Posted by Samuel Ronicker at 11:35 PM