Discovering the Philosopher in You: Part 7: Happiness and Right Action: How Are Morality and Human Welfare Related?


Continuing the series on discovering the philosopher in yourself.  While the last part of the series was about ethics and moral truth, the fact that there is a right and wrong and that we can know it, this entry goes further down the road of morality and its relation to happiness.

The first three-quarters of the lecture it seems like Prof McGinn is defending the idea of Utilitarianism, and how morality is linked to happiness like a sort of mathematical equation.  It seems like he's defending utilitarianism as the best way to describe right actions, but it seems obvious to me almost immediately that it's not going to work.

Here's how Prof McGinn describes utilitarianism: on the surface it seems like a very fair, no-nonsense system.  Because who doesn't like a system where the sole determination of right action is based on producing the most happiness?  So utilitarianism says that the right action is the one that will produce the greatest amount of happiness.  My first thought is how do we measure an amount of happiness, and  Prof McGinn says he'll discuss that concept later in the lecture.  He really doesn't say much about it, other than asking that same thing, how does one measure happiness?  So, the example Prof McGinn uses relates to choosing one charity over another.  The only criteria for choosing which charity to support is only determined by which charity will produce the most happiness.  This flies in the face of almost all other systems of morality, which is highly controversial.

It's an apparently egalitarian view and quite democratic.  Taxes, this system of morality says that all tax systems must be inherently designed to spread out wealth so that the most people gain the most happiness.  It's also democratic, because the best way to find out what makes the most people happy is to allow people to choose for themselves what makes them happy.  This system is purely mathematical.  There's no room for motivation or character.  It doesn't matter if a person has the worst (or best) of intentions.  It doesn't matter what your motive is, as long as more happiness is produced it's a good action.

There are many implications and arguments that have come out of utilitarianism, including (supposedly) abolishing slavery and arguing against animal cruelty.  The system isn't without it's shortcomings though.  Here's one that Prof McGinn points out: one innocent man knows the location of a billion dollars, and the happiness of ten wicked men can be greatly improved by torturing the one innocent man.  By utilitarian standards, that would be acceptable.  Here's another one, supposedly utilitarian arguments led to the end of slavery (at least in many parts of the world).  Here's my issue with that, if there are fewer people being enslaved and usually that's the case, hence minorities are typically the group(s) being enslaved, then utilitarian ideas say that it's right/good to enslave the few to improve the happiness of the many.  As long as the slaves are outnumbered by the enslavers, and their happiness is increased by the slavery.  Here's another one, murder or even mass murder, like the Nazi genocide attempts, are permissible under utilitarian morality as long as the group being exterminated is fewer in number than the exterminators and the extermination of the minority will lead to the happiness of those doing the killing.

In the end I'm not okay with a system of morality that can excuse mass murder, torture, and slavery.  I've said it before and I'm sure I'll probably say it again, any moral system that excludes God leads to moral relativism.  Utilitarianism cannot be a complete system because it leaves out too many variables that are inherent in morality. 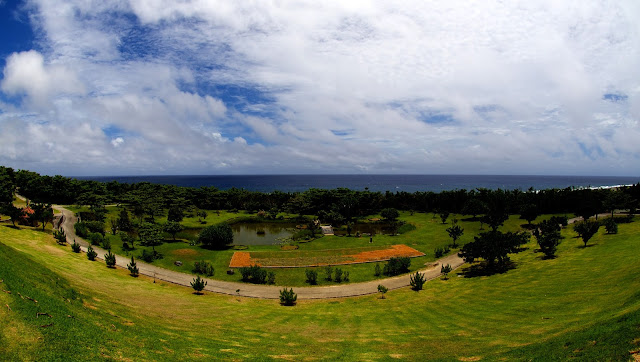 Posted by Samuel Ronicker at 11:46 PM