Discovering the Philosopher in You Part 6: The Basis of Ethics: What Makes Something Right or Wrong?

Continuing the series on the Discovering the Philosopher in You; part six, which is probably the most interesting lecture in the series so far.  Also, it's interesting to me that it confirms what I've thought for a while now, that is that I agree with much of Prof McGinn's views on philosophy.  However, I do completely disagree with him in a specific area as you'll see.

So ethics, obviously a difficult subject which Prof McGinn approached in a quite logical straightforward manner.  I totally recommend you listen to the audio recordings if you can his style is quite approachable and easily understood.  The first question (and one that I agree with Prof McGinn on) is about ethics being knowable.  That is, are ethical truths the same as truth as we discussed previously?  In case you missed that part of the series and don't want to read it, I'll sum it up...  Truth is objective based in reality.  You can't think something into falsehood.  Snow is white no amount of wanting it to be different will change that truth.  Now if (and I hold that it is) ethics is knowable truth then it is also not subjective.  Also, it must also be a priori as was discussed previously.  Again, I'll sum that idea up; a priori is NOT necessarily something that is known from birth, rather something that can be known without experience.  The prime example is mathematics, one can know that 1+2=3 but no one can point to a one, two, three, plus or equals (not the symbols, but the objects, which don't exist as we think of existence).  So one can know that murder is wrong without being able to see wrong or right in and of themselves.  So, knowledge of ethics definitely falls under the realm of a priori knowledge.

Well, there are many that dispute that claim.  The primary disagreement is that moral or ethical claims are merely emotive statements, in fact emotivists say they're less than that.  To an emotivist, saying, "murder is wrong," is the equivalent of saying "murder, boo."  Emotivism is just one of the many attempts to escape the reality of moral truth.  The most important thing to take from this lecture is about how non-cognitivists (those that believe morality is not knowable truth) are guaranteed to come away with moral relativism.  It's obvious, if saying, "rape is wrong" is equivalent to "boo, hiss" then what's the point of any moral statements?  They're all worthless.

Here's where I have some disagreement with Prof McGinn...  After talking about how he believes that moral truth is NOT subjective, that it's completely objective and just as trustworthy as mathematical truths.  So far, I can agree with him.  Then, he starts into a critique of divine command theory.  Let me first say, I'm not a fan of the divine command theory.  I've read the Euthyphro dialogue (granted, it was a few years ago in college) but I do remember enough to know that Prof McGinn seems to make a mistake, like the one he made when he retold the cave myth from the Republic.  He says that Socrates meets Euthyphro while walking around Athens, which is not true to the dialogue.  In the dialogue, Socrates meets Euthyphro on the porch of King Archon (steps of the courts) because he's on trial.  They strike up a conversation, and the so called, "Euthyphro dilema."  I've written about this before, Is something good because God commands it, or is something good commanded by God because it is good?  Euthyphro doesn't have a good answer, and as I've mentioned before, I feel that's mainly because of a misunderstanding of the nature of God.  The ancient Greek gods were very anthropomorphic and fallible.  God as He actually is, isn't fallible as a man, he's immutable, perfection, omnipotence, omniscience, among other characteristics, all of which are the furthest any being can be from humanity.  God is not the foundation of morality, God is the definition of morality.  Murder isn't wrong because God says it's wrong (per se) rather because it's against the very nature of God and morality. 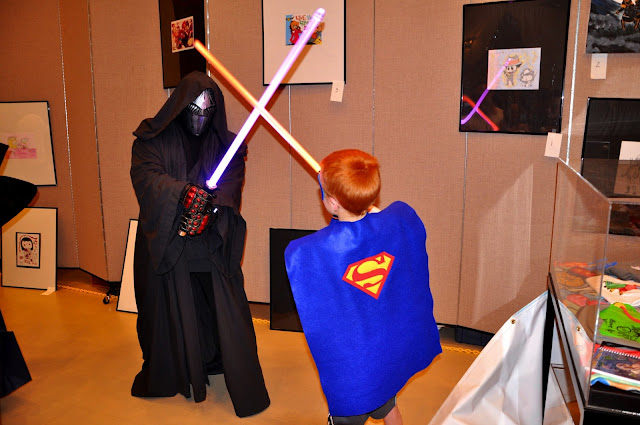 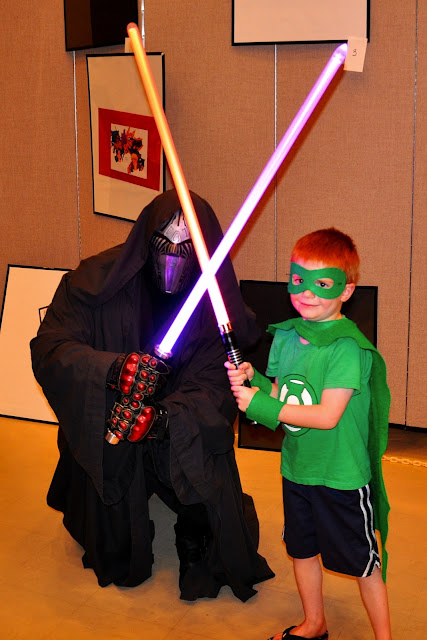 Posted by Samuel Ronicker at 11:14 PM

Email ThisBlogThis!Share to TwitterShare to FacebookShare to Pinterest
Labels: a priori, discovering the philosopher in you, emotivism, ethics, Euthyphro, moral relativism, truth

Discovering the Philosopher in You Part 5: Knowledge and Experience: Where Does Knowledge Come From?

Continuing the series on Discovering the Philosopher in You with Prof McGinn, lecture five is on Knowledge and Experience: Where Does Knowledge Come From?  Here Prof McGinn says that we're going to move on from the basic building-blocks of philosophy and getting to the more meat-and-potatoes questions of philosophy.  So here we are and where does what we know come from?  This is a question from epistemology (the theory of knowledge).  In the lecture Prof McGinn talks about two specific sides of this argument, the empiricists and the rationalists.

Before we cover those two sides of this issue, let's first talk about what we mean by knowledge.  It's not what you and I know.  It's more like how people attain knowledge in general.  One of the ideas set forth in different theories of knowledge is that we can and do know certain things without experiencing them.  Keep in mind this is not that you learned something without experiencing it.  Take math, you say you learned it from your teacher, which is a type of experience, but that's not what we are talking about because that teacher learned it from some other teacher.  What we're trying to get at, is where the first person learned math.  That's one way of looking at it; another is the idea that to know that 1+2=3 doesn't take experience.  Think about it.  How do you experience the numbers 1, 2, or 3.  The concepts of plus or equals?  It's not like you can experience these things like this cup of water I'm drinking.

The empiricists, notably all British, claim that knowledge can only be attained experientially.  One of the first things Prof McGinn mentions about the empiricists is one of the main things that makes me doubt their views and neutrality on philosophical questions.  He talks about one of the primary motives behind the empiricists was a desire to depart from religion.  If one starts out with a specific motive it's hard to stay impartial.  I know I'm not, but at least I'm honest about it, and I try to maintain impartiality in most things.  So, in order to get away from the ideas of revelation that religion relies on, which it does at least in some ways it relies on the idea that God reveals knowledge to His followers that is outside the realm of experience for those not involved in the revelation.  So to empiricists all knowledge comes from someone's experience.

For this discussion I've always liked the example of the dark side of the moon.  Now I know astronauts have landed on and encircled the moon and they have experienced that in a way, but before they did.  Did we know experientially that there was a dark side of the moon?  No.  No one had ever experienced it or seen it or photographed it.  So at that time we knew from logical conclusions that if an object has one side it must also have another side, and even though we may have never seen it, we know it's there.

Others argue that language is an a priori knowledge.  Most notably the famous linguist Noam Chomsky who argued that some form of grammar and linguistic ability is innate/a priori.  I tend to agree with this concept of a priori, except that it doesn't seem like it'd be knowledge as we typically think of knowledge.  More like skills or abilities, or even ways of thinking and pattern recognition, not necessarily knowledge.

One last comment...  The discussion of a priori (about which I had some interesting comments from a Google+ discussion) is NOT exactly like the debate of nature vs. nurture.  Also, genetically hardwired instincts technically don't fit with a priori knowledge either (sort of).  Whatever your view these are all very interesting questions about knowledge and while the debate isn't as heated as in the days of John Locke, George Berkeley, and David Hume (British empiricists) with René Descartes, Baruch Spinoza, Gottfried Leibniz, and Immanuel Kant (not all rationalists but mostly), it is still an interesting discussion in epistemology.

Posted by Samuel Ronicker at 10:35 AM